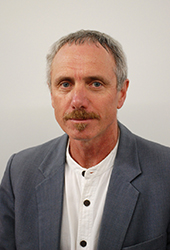 John Shand is a playwright, critic, journalist, librettist, lyricist, poet, author, writer of radio comedy and drummer. He has penned some 20 plays, swimming against Australia's predominant tide of naturalism. His plays have been performed in Washington DC, Sydney, Canberra, and elsewhere. Guilt, developed with input from the great British theatre-maker Steven Berkoff, received its world premiere from Scena Theatre at the Atlas Performing Arts Centre in Washington DC in 2018. The Last Drop, was shortlisted for the Queensland Premiere's Drama Award and received a reading from Scena Theatre. His libretto for the oratorio Voices was performed in the Sydney Opera House Concert Hall by over 1,000 performers. John, who also works as a professional musician, has written about music since 1981 for some 30 publications, including being The Sydney Morning Herald's primary jazz, world music and cabaret critic for 27 years. He has also been that publication's primary theatre critic since 2017, after fulfilling that role intermittently for two decades.

His books include Don't Shoot The Best Boy! â€“ The Film Crew At Work (Currency Press) about the Australian film industry, Jazz â€“ The Australian Accent (UNSW Press) about unique developments in Australian jazz, and The Phantom Of The Soap Opera (Wizard Books), a play for teenagers. He contributed to The New Grove Dictionary of Jazz, and edited Jazz'n'Blues magazine and the 24 Hours Essential Guide to Jazz. He has taught theatre criticism at the NIDA and has been a judge of numerous awards. In 2017 the won the inaugural Walkley Arts Journalism Award, Australia's most prestigious award for writing about the arts.

John was born in New Zealand and obtained a BA in Professional Writing from Canberra University. He resides in the Blue Mountains west of Sydney. His website is Music & Other Spheres .