In late 1997, director Ariette Taylor and writer Daniel Keene launched an independent theatrical venture that was to take the Melbourne theatre scene by storm. It began modestly with a couple of readings and developed over the next few years in to one of the most vital and interesting companies on the Australian landscape.

Taylor’s background is apparently unlikely for a director of contemporary Australian writing in that she is in origin both Dutch and a dancer. Her productions of Joanna Murray-Smith’s early plays at Playbox (most memorably Honour and Love Child) had proved that the marriage of her physical aesthetic and her deep appreciation for fine writing could produce fabulous results. As well as directing many Australian premieres for Playbox, Ariette had also at that stage made many devised works for theatre both in Melbourne and Adelaide. Her production of Four Little Girls for Handspan was a huge success and she also created a work for the Melbourne Festival Sabbat Jesus which had made a big impression.

Keene was, and remains, one of Australia’s best and most prolific playwrights. Around this time, he was being regularly produced by the South Australian based collective, the Red Shed which commissioned and performed several of his plays. Taylor had seen his play All Souls (produced by Playbox) and been so impressed with the writing that she had written to Daniel suggesting that they might work together.

The result was a fruitful collaboration that stretched over years and produced some of the best writing and acting seen on the independent stage in Melbourne for a long time. For those of us who saw the first season (in the Brotherhood of St Laurence storeroom in Fitzroy), the experience was unforgettable. Not just for the artistic achievement of it – which was remarkable – but also for the politics behind the work. It seems to me that KTTP’s mission (whether official or not) was to give the underclass a voice. Here were these strange and vivid short plays about homeless men (Night, A Wall, Two Men) or unemployed youth (Untitled Monologue) that granted a genuine glimpse into lives not normally granted much empathetic space in the theatre. 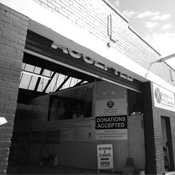 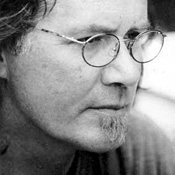 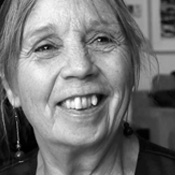 As time went on and the project developed, the work of the company grew richer and deeper, an ensemble of actors gathered around the project and a language (very discernible as you read the plays) emerged. This is not so much gritty social realism – although the hallmarks of that style are certainly present – this is more poetic. Thinking back now on the work of this remarkable collective, I remember the yearning in the writing, the soaring of emotion and the crunchiness of the text.

Over the course of the project, KTTP started to take more and more risks theatrically – extending the visual boundaries and dissolving the ‘rules’ of mainstream theatre practice, which meant that the actors involved were stretched and refreshed. It is a rich and diverse body of work, only possible because of the true collaboration between Daniel and Ariette (and the huge ensemble of actors, designers and crew that developed around it.

We are so pleased to be able to pull all of these texts together in the one place and to be able to create some kind of record of what was a very important collaboration in Australian theatre. In the archive we have a record of all the seasons, images from the productions, interviews with both Dan and Ariette, and of course the plays themselves. There are many short plays amongst this collection that would be suitable either as stand alone short presentations or grouped together as the KTTP did in their seasons. Enjoy browsing the collection!

Richard Murphet’s survey of Melbourne’s theatre scene in the early 2000s, in which he discusses the Keene/Taylor Theatre Project.

A brief history of 45 Downstairs, host to a number of productions included in the Keene/Taylor Theatre Project.

TWO TAKES ON TRUTH AND LIES

Whilst discussing the 2008 production of ‘ Lower Depths’ by Maxim Gorky, Director, Ariette Taylor and the Australian’s Fiona Gruber reflect on the aesthetic influences of the Keene/Taylor project, in particular a furniture repository belonging to the Brotherhood of St Laurence that was a cornerstone of many Keene/Taylor productions.

REMEDY FOR THE GROWING PAINS OF FAMILY TIES

“Fashioning language is Daniel Keene’s trade, and the playwright approaches it with visceral intensity. You can almost imagine him pulling a red-hot word from a furnace, hammering it into shape and laying it down on the page to cool.”

“For the first time I can remember, Daniel Keene has two productions on at once in his home town… Since he lives in the same house as I do, I sneakily exploited our proximity to ask him some questions. And, eventually, he answered them.”

The issue affecting checkout has now been resolved! Thanks for bearing with us! Dismiss