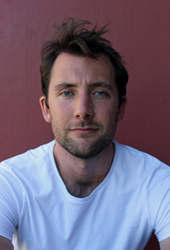 Julian Larnach is a Sydney-based playwright.

He was Resident Playwright at ATYP (2015), an Affiliate Writer for Griffin Theatre Company (2013) and is currently a member of the inaugural Sydney Theatre Company's Emerging Writers Group.