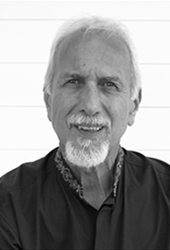 Cieavash was born in Tehran, Iran. The instruments that he performs include:Kamanche, Nay, Tar, Flute, Daf ( handdrum), Zorna â€¦ he plays traditional Middle Eastern music. These include â€”Turkish, Persian, Arabic and Armenian. He is self taught and plays by ear. Cieavash most recent performances have been in The Village in La Boite Theatre, directed by Todd MacDonald, Travelers in GOMA, Refugee Day, Luminous Festival, Parliament House and in South Bank performing with Diaspora Ensemble. He has performed in Woodford Folk Festival, QPAC, Customs and Government House, Brisbane Multicultural Festival, Brisbane Festival, Brisbane Powerhouse, Bundaberg Multicultural festival. He did the music for theatrical plays Vikram and The Vampire and A Beautiful Life by Michael Futcher and Helen Howard, composed and played music for a short film called FEARLESS by Tamucin Mostafa, and also played music for 1001 nights by Queensland Theatre Company and Queensland Music Festival.