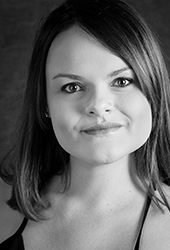 Bianca Butler Reynolds is a Brisbane-based playwright, actor, director and theatre producer. Her original play Gumpoldskirchen was staged by Underground Productions as part of the 2013 Anywhere Theatre Festival Brisbane, and in 2017 she independently funded, produced and appeared in her original comedy Love you hate you drive you wild at Metro Arts, Brisbane. Love you hate you drive you wild was published by Playlab in 2019. Bianca's short play How Long Have You Been Waiting? was awarded Best Play at the 2016 Short + Sweet Theatre Festival Melbourne. Bianca has participated in competitive script development programs with Playlab (2015) and Queensland Theatre (2010), and her work was shortlisted for Playwriting Australia's 2012 National Play Festival. In 2019, Bianca graduated with a PhD in playwriting and Jungian psychology from Queensland University of Technology. She currently works as a sessional academic in QUT's undergraduate creative writing program, and is a founding partner of Brisbane-based company Minola Theatre, along with Kat Dekker.