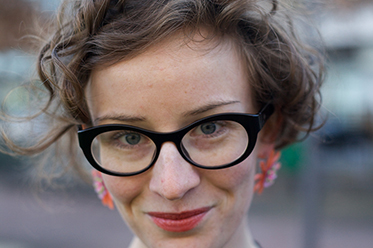 Cathy Petocz is a Canberra-based theatre practitioner – a playwright, performer, animateur, and pop musician. In 2013, Cathy produced, wrote and performed in two works for You Are Here: The Near and How – an installation theatre work created in collaboration with designer Imogen Keen, and a Judy Blume-themed girl band called Are You There God? It’s Me, Margaret. This grubby pop band toured to Melbourne’s Emerging Writers‘ Festival in 2014, featured in frankie magazine, and released an EP in August.

Cathy wrote her first major work Where I End & You Begin as a resident of The Hive, The Street Theatre’s writing program, which will be presented 18 – 26 October 2014. For more information, visit: www.thestreet.org.au for details.