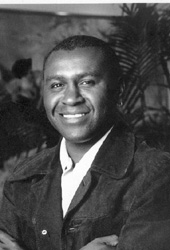 John Harding has been a ministerial adviser for the Victorian Department of Aboriginal Affairs; Senior Project Officer for the Aboriginal Education Department; National Aboriginal Employment Co-ordinator for the Australian Film Commission; Assistant Director for the 1989 National Black Playwrights' Conference; Artistic Director of the 1996 Nambundah Festival; and a founding member of the Ilbijerri Aboriginal Theatre Company in Melbourne. His radio credits include Land Rights, Rally and Blackman and Sobbin. For television his credits include Lift Off, Blackout, The Masters, and the indigenous current affairs program, ICAM.