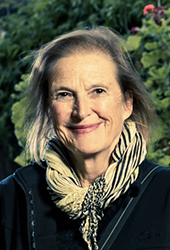 She has been the recipient of an Australia Council Theatre Fellowship, The Kenneth Myer Medallion for Performing Arts and Greenroom awards for both Direction and her collaborative work in Dance. Jenny has been an Honorary Research Associate at Monash University and frequently conducts workshops throughout Australia in writing. She has lectured in Post Graduate Directing and Writing at the Victorian College of the Arts and Music. Jenny works as a freelance director and has directed productions at Malthouse Theatre, Playbox, MTC, STSA, Performance Space, Belvoir St. The Mill, Red Stitch, La Mama, The APG and the VCA.