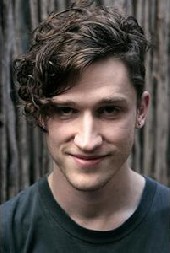 DECLAN GREENE is a writer and theatre-maker. His plays include A Black Joy and Moth, and have been produced at Malthouse Theatre, Sydney Opera House, and The Storeroom. His awards include the Malcolm Robertson Prize (2010), the R.E. Ross Trust Playwright's Development Awards (2007 and 2009), and the Green Room Award for Best Original Writing (2010).