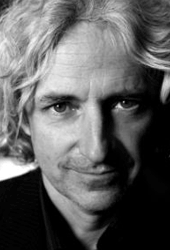 Lech Mackiewicz is a Polish actor, director and playwright. He is a graduate of the National Academy of Theatrical Arts (PWST) in Cracow and UTS, Sydney. He formed Auto Da Fe Theatre Co. in Sydney in 1987. As well as directing and acting internationally, he received the New South Wales Performing Arts Scholarship in 1991 and assisted Neil Armfield on the production of The Diary of A Madman.