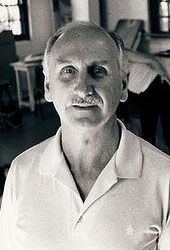 Keith Bain grew up in Wauchope on the NSW North Coast and became a schoolteacher, then a dancer with the avant-garde choreographer Gertrud Bodenweiser, before finding his vocation as a movement teacher in Sydney for the New Wave performers of the 1960s. He became an activist in the setting up of national dance institutions and, at the start of the Australia Council during a period of profound change, extended his influence on dance education to Africa, Europe and Japan.