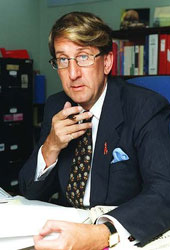 Chris Puplick was Liberal Senator for NSW 1979â€“81, 1984â€“90 and Shadow Minister for Environment, Arts, Heritage, Sport, 1987â€“90. He is President of the Anti-Discrimination Board of NSW and NSW Privacy Commissioner. He has served on a number of arts company boards and chaired the Griffin Theatre Company. He was a member of the Board of NIDA 1994â€“2000 and 2007â€“10. He has had an outstanding career in public service, particularly in the arts and health; and served two terms as a Liberal Senator for NSW. He was inaugural chair of the National Film and Sound Archive 2008â€“12.