Western Australia is known for nurturing incredible talent across all the art forms and has produced many exceptional playwrights, among them Jack Davis, Dorothy Hewett, Ian Wilding, and David Milroy, to name only a few.

The curated collection on this page represents a brief retrospective of 15 years of WA scripts that Stages financially supported in development through to 2013. A mixture of historical, comedic, movement-based, and dramatic works, these scripts have variously opened Perth Festivals and/or played to 6 people in an independent production, but all have proved delectably memorable in their own right.

All the playwrights showcased have achieved success – some are established, some emerging, and one is no longer with us, but all need to be congratulated on their contribution to our industry.

STAGES (WA Playwright’s Consortium Inc.) was formed in the late 1980’s with the aim to raise funds to provide script development resources. In 2013, Stages’ goals were to promote and nurture the development of Western Australian playwrights and promote the commissioning and production of quality plays written by Western Australians.

On this page you will find gems you may not have heard of before amongst those you may have read over a decade ago. We encourage you to read them all with an open heart and mind. 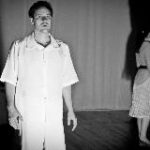 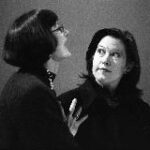 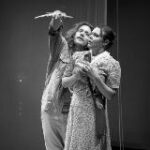 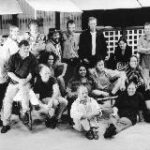 The preparation of this document was commissioned by Drama Australia to foster access and participation in learning, taking in the broader context of Indigenous educational perspectives and redefining their relevance in the study of Contemporary Indigenou

“Theatre should give us entertainment, emotion and education. Whatever else you say about the revival of Music from the Whirlwind, WA playwright John Aitken’s powerful expose of the dangerous relationship between Dmitri Shostakovich and the Soviet dictator Josef Stalin, it certainly delivers on the last of these.”

“Some people get a sports car or facelift in mid-life. Others get a life. Which one are you? Heartworm is a comedy-drama about the coulda-shoulda-wouldas of our lives, leaving a sense of hope amid the humour and heartache.”

Production archive for ‘The Fremantle Candidate’ by Ingle Knight, directed by Chris Bendall, 2012. Includes video interviews with cast and crew.

“There are rare times when you see a show that is so inventive, so surefooted that you marvel at its artistry.”

“Australian gothic doesn’t come in a more taut and thrilling form than Reg Cribb’s latest play, The Haunting of Daniel Gartrell, which surely ranks as one of his finest pieces of writing.”

“Rob and Chrissy seem happy. They have a new son and are adjusting to the pressures of parenthood, but the first clue to tension is voiced early on when Rob is told, without malice: ‘You’re just a middle-class white boy who’s gone walkabout.'”

The issue affecting checkout has now been resolved! Thanks for bearing with us! Dismiss