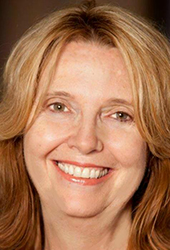 Mary-Anne is a director, writer, dramaturge and teacher. She has directed over forty theatre productions including productions in Vietnam and United States. She was Artistic Director of Railway Street Theatre Company for six years, Centre Director of Australian National Playwrights’ Centre in its final year and Manager of Part-time Courses and Open Program Productions for National Institute of Dramatic Arts (NIDA) from 2009 to 2012. Mary-Anne has worked extensively as a lecturer and tutor at NIDA and University of New South Wales (UNSW). She has worked as a script dramaturge with many playwrights including Richard Barrett, Hilary Bell, Alex Buzo, Beatrix Christian, John Harding, Kate Mulvany, Katherine Lyall-Watson and Catherine Zimdahl.

Mary-Anne wrote and directed Alice in Wonderland and Robin Hood for NIDA summer productions and school shows for Bell Shakespeare Company (Playing it Smart and Homeless) and for Sydney Theatre Company (Enter Without so Much as Knocking: Into the Poetry of Bruce Dawe). She directed/co-devised four short pieces for NIDA Devised including Love You to Pieces which was taken to China to represent NIDA. She wrote Falling on My Left Ear: A Show about George Wallace and an adaptation of Frank Wedekind’s Spring Awakening for Railway Street Theatre Company. Mary-Anne wrote Something More Than Night while a student at NIDA. The play was shortlisted for the 2013 Patrick White Playwrights’ Award and longlisted for Queensland Premiers Drama Award 2016/2017.

Mary-Anne has a Graduate Diploma of Dramatic Art in Directing (NIDA) and a Graduate Diploma of Dramatic Art in Writing for Performance (NIDA). She recently completed a PhD thesis at University of NSW, with a specialisation in creative practice. Her dissertation is titled Vaudeville: The Last Theatre of the Working Class. Her latest full-length play forms part of the creative practice of the doctorate and is called Ferocious.