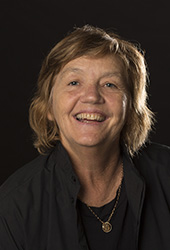 PATRICIA CORNELIUS is a founding member of Melbourne Workers Theatre. She’s a playwright, novelist and film writer. Patricia has a fierce commitment to class and her work often examines the lives of the marginalised. Her work also includes dramaturgy and mentorship with young or new playwrights. Cornelius is a recipient of numerous awards. She is the recent recipient of the Windham-Campbell Literature Prize and the 2019 Green Room Award for Life Achievement. She has written over 35 plays, including Shit, Big Heart, Savages, Do Not Go Gentleâ€¦, Slut, Love and The Call. Patricia co-wrote the feature film adaptation Blessed, based on the play Who’s Afraid of the Working Class? She is currently developing a feature film, Stolen, with director and co-writer, Catriona McKenzie. Patricia’s novel, My Sister Jill (Random House), was published in 2002. She is currently working on a major stage commission for the Melbourne Theatre Company.