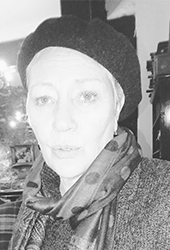 Sheila Duncan trained in French Classical Theatre and worked as a professional actor for over thirty years. She has written nine stage plays (produced and/or published) including A Solitary Choice (2000-2019) which is also published by Australian Plays. Other plays are: Growing up a Girl (1991), Tabula Rasa (1999/2014), Umbrellas (2001), Going Down (2006) Why Muriel Matters (Commission 2010), Soft Edges (Commission 2013), and Wyrd Song (2019). She holds a Master of Arts in Communications; a Master of Science in Playwrighting (with Distinction) from Edinburgh University and a PhD in Drama from Flinders University. She is a member of the Australian Writer’s Guild and the Scottish Society of Playwrights.