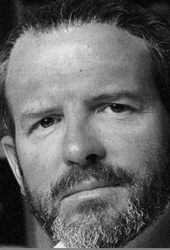 As a playwright, Reed is best known for his Burke’s Company, of which Professor Dennis Carroll in his Contemporary Australian Theatre wrote: ‘... it was Reed in Burke’s Company who pioneered Artaudian techniques in a play of stature’. His Truganinni has been produced many times around Australia, and was described by Aubrey Mellor OAM as ‘ a rare expressionistic work’ .

His o ther plays include The Pecking Order (Hole-in-the-Wall), Mr Siggie Morrison with His Comb and Paper (SATC Adelaide Festival), Jack Charles is Up and Fighting (Ninethana), Basically Black (co-author, Nimrod), Just Out of Your Ground (La Trobe), Cass Butcher Bunting (winner Monash Theatre award, Alexander Theatre), Bullsh (Playbox), More Bullsh (Playbox), You Want It, Don’t You, Billy? (MTC, Nimrod), Talking to a Mirror (Playbox, closed in final production), Auntie and the Girl (LaSalle). Additionally, of professional workshop status, were the other plays: Mugwamp, Paddlesteamer, I Don’t Know What to Do with You!, Withdrawal Symptoms.

With his eleven novels and many short stories, he has won a number of and was described by the critic Helen Daniel as ‘her choice for the most neglected Australian author’. He was born in 1939.